The Prague Metro System is comprised of three metro lines: A, B and C.  The lines intersect at three different metro stations: Mustek, Florenc and Muzeum.

As shown in the following photograph, signage at the metro stations is often quite subtle. 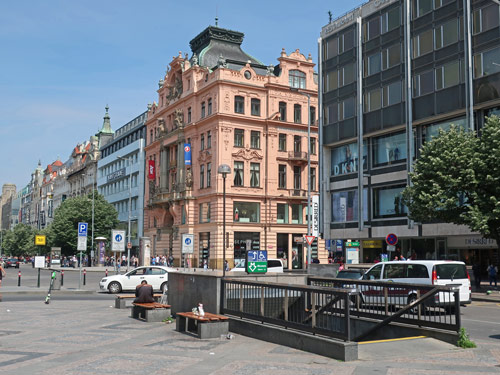 The Prague Metro System is clean and inexpensive.  It is well integrated with the city's tram system.

The underground system is a quick and efficient way to get around the city.  Because, however, there is so much to see at the surface, it is always preferable for visitors to walk or cycle rather than to ride the metro.