The Assicurazioni Generali Building is another intriguing building that can be found on Wenceslas Square in Prague.

This eye-catching Czech building was completed in 1898 and housed an insurance company. 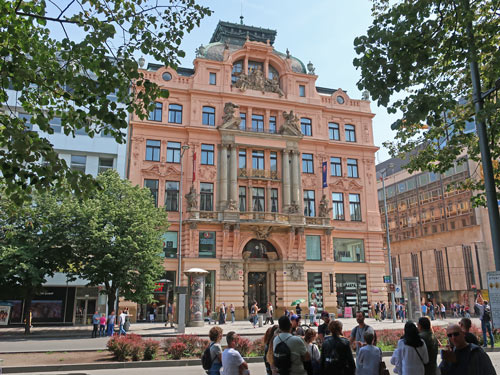 The most famous employee at that insurance company was a young clerk by the name of Franz Kafka.  He worked there for 10 months in the early 20th century.